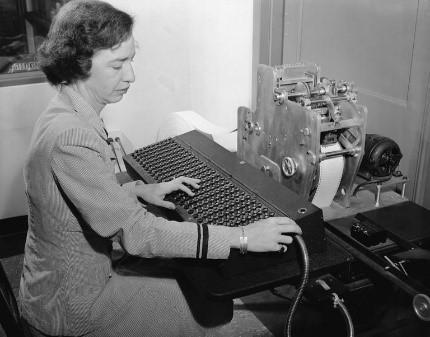 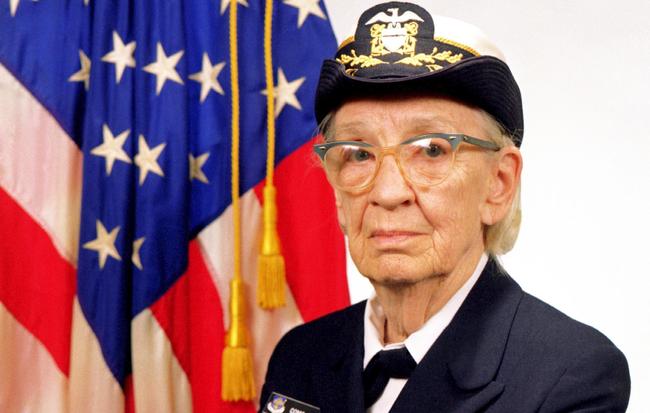 Grace Hopper was an American mathematician, computer scientist and United States Navy rear admiral. She was a pioneer in developing computer technology and computer languages.

Who is Grace Hopper?

Grace was born in New York City, USA. Her father, who owned an insurance company, wanted his daughter to have the same opportunities as his two sons. Grace was privately educated and went on to complete two degrees in mathematics and physics and a PhD in mathematics.

When the United States joined World War II in 1941, Grace wanted to do her bit for the war effort. Her grandfather had been a rear admiral, but she couldn’t join the Navy because of her age. She was accepted into the US Naval Reserve instead. In 1943 Grace was sent to Harvard University, Massachusetts to take part in a top-secret naval project.

The team at Harvard was working on the Mark I, one of the earliest computers. It was designed to perform the long calculations that warships use to fire their weapons accurately. Grace was one of the Mark I’s three programmers and wrote its 561-page instruction manual. She even coined the computing term “bug,” after a moth got stuck in the machine and caused havoc.

In 1949 Grace went to work on UNIVAC I, the first commercial electronic computer. She also developed the first compiler – the component that translated the numbers and symbols fed into the zeros and ones that told the machine what to do.

She was known as “Amazing Grace,” the “First Lady of Software,” and the “Mother of Computing.” Without Grace Hopper’s decades of work, computers would still need highly trained professionals to program them, and groundbreaking scientific leaps such as spaceflight might never have happened.

Grace was still working in her sixties and seventies. She standardized the computer languages being used in the Navy and was one of the first women to reach the rank of rear admiral. She finally retired in 1986, just a few months before her 80th birthday.

You can present your learning in any way you choose. Make sure you show how much you have learned about Grace and why we think she is an important person to know about.